It’s a fast, free-flowing game that involves 9 players on each team playing on a smaller field.

Best of all, it’s mixed ‘touch football’ with no tackling or bumping, making it suitable for people of any age or skill level.

Cadbury AFL 9s features during half-time of one AFL match during the 2013 Toyota AFL Premiership Season.

The following GoPro camera vision is from Saturday 8th June at Metricon Stadium where people played Cadbury AFL 9s during half-time of the clash between Gold Coast Suns and North Melbourne. 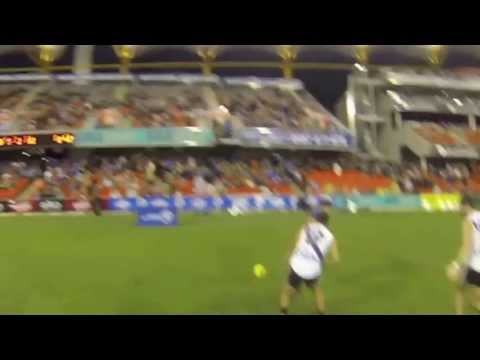